Juneteenth is the oldest nationally celebrated commemoration of the ending of slavery in the United States. Originally celebrated in Texas after the emancipation of 250,000 enslaved peoples in the state in 1865, June 19th is now recognized as a celebrated holiday in 47 states in the US. Today, Juneteenth is a day that celebrates African American freedom and achievement, while encouraging continuous self-development and respect for all cultures. The day has sparked a global movement and countless organizations that promote and cultivate knowledge and appreciation of African American history and culture. (National Registry of Juneteenth Organizations & Supporters)

A History of Juneteenth 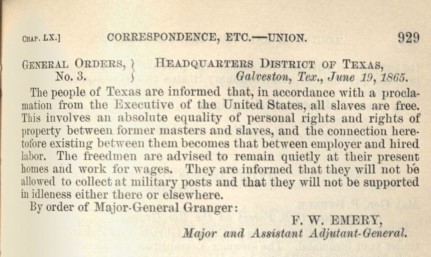 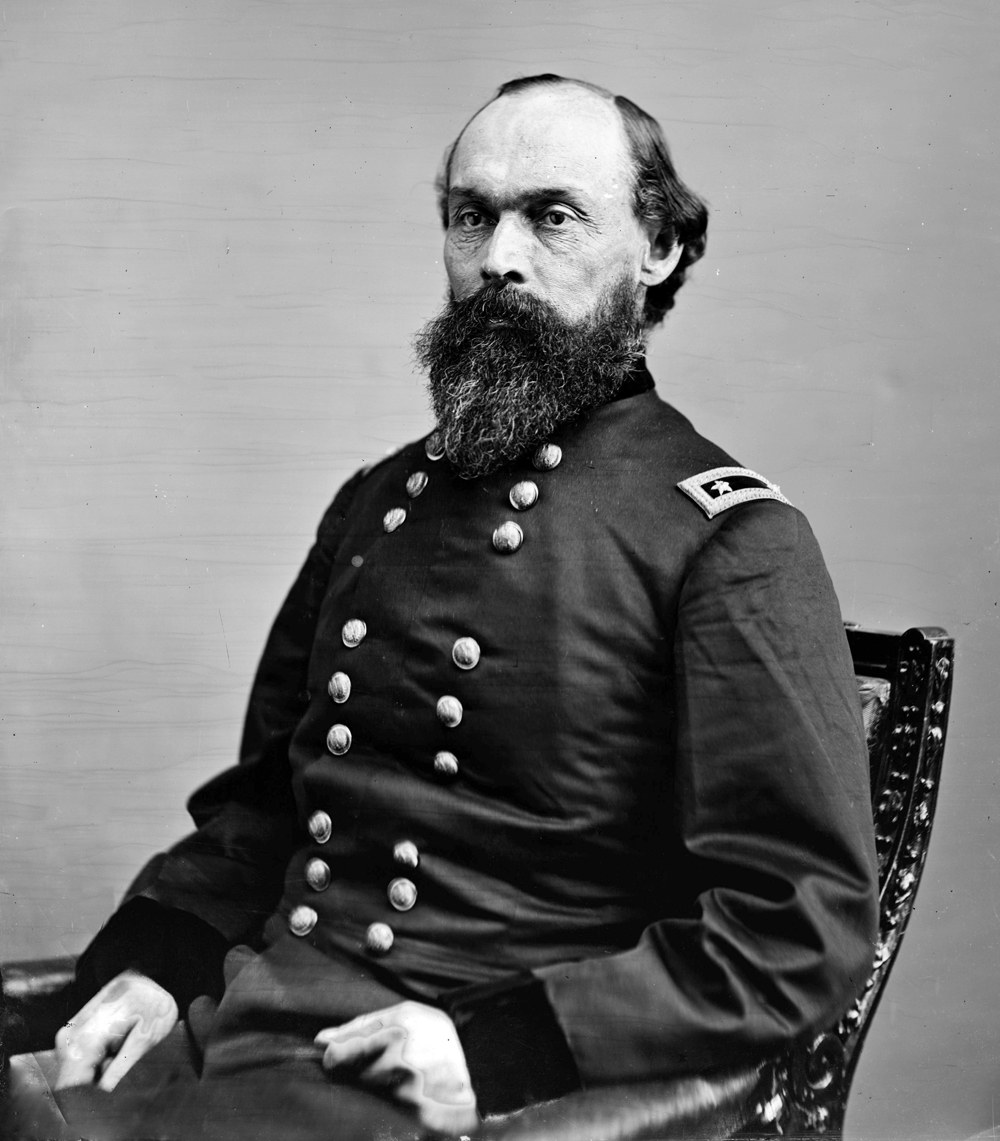 On June 19 ("Juneteenth"), 1865, Union general Gordon Granger arrived in Galveston and issued General Order Number 3, which read, "The people of Texas are informed that, in accordance with a proclamation from the Executive of the United States, all slaves are free. This involves an absolute equality of personal rights and rights of property between former masters and slaves, and the connection heretofore existing between them becomes that between employer and hired labor. The freed are advised to remain at their present homes and work for wages. They are informed that they will not be allowed to collect at military posts; and that they will not be supported in idleness either there or elsewhere."  (Texas State Library and Archive Commission)

Approximately 250,000 enslaved persons were emancipated in the following months. The news was followed by an array of personal celebrations across the state. The first broader celebrations of Juneteenth were used as political rallies and to teach freed African Americans about their voting rights. Within a short time, however, Juneteenth was marked by festivities throughout the state, some of which were organized by official Juneteenth committees. (Texas State Historical Association) 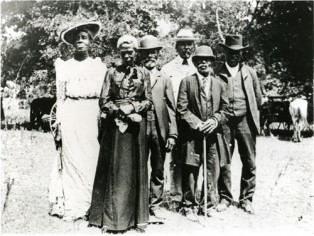 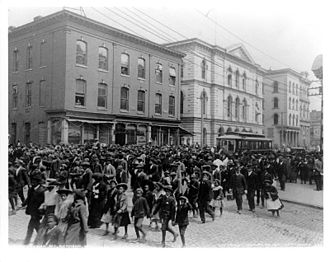 In the state capital, Juneteenth was first celebrated in 1867 under the direction of the Freedmen's Bureau and became part of the calendar of public events by 1872. Celebrations are typically marked with formal thanksgiving ceremonies, opened with the hymn "Lift Every Voice." In addition, public entertainment, picnics, and family reunions have often featured dramatic readings, pageants, parades, barbecues, and ball games. Blues festivals have also shaped the Juneteenth remembrance. (Texas State Historical Association)

Dress was also an important element in early Juneteenth customs and is often still taken seriously, particularly by the direct descendants who can make the connection to this tradition's roots. During slavery, there were laws on the books in many areas that prohibited or limited the dressing of the enslaved. During the initial days of the emancipation celebrations, there are accounts of former slaves tossing their ragged garments into the creeks and rivers and adorning themselves with clothing taken from the plantations belonging to their former enslavers. (National Registry of Juneteenth Organizations & Supporters)

Juneteenth declined in popularity in the early 1960s, when the civil rights movement, with its push for integration, diminished interest in the event. In the 1970s African Americans' renewed interest in celebrating their cultural heritage led to the revitalization of the holiday throughout the state. At the end of the decade Representative Al Edwards, a Democrat from Houston, introduced a bill calling for Juneteenth to become a state holiday. The legislature passed the act in 1979, and Governor William P. Clements, Jr., signed it into law. The first state-sponsored Juneteenth celebration took place in 1980. (Texas State Historical Association)

Juneteenth is an opportunity not only to celebrate but also to speak out. Last year, for example, The Root reported that the U.S. Department of State leveraged the holiday for releasing its 2012 Trafficking in Persons Report, with then-Secretary of State Hillary Clinton noting, “Today we are celebrating what’s called ‘Juneteenth’ … But the end of legal slavery in the United States, and in other countries around the world, has not, unfortunately, meant the end of slavery. Today it is estimated as many as 27 million people around the world are victims of modern slavery.” (What is Juneteenth?) 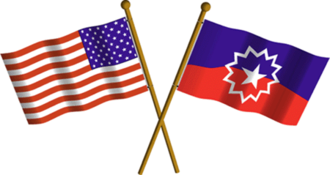 ​Juneteenth is enjoying a phenomenal growth rate within communities and organizations throughout the country. Institutions such as the Smithsonian, the Henry Ford Museum, and others have begun sponsoring Juneteenth-centered activities. The events of 1865 in Texas are not forgotten, for all of the roots tie back to this fertile soil from which a national day of pride is growing. The future of Juneteenth looks bright as the number of cities and states creating Juneteenth committees continues to increase. Respect and appreciation for all of our differences grow out of exposure and working together. Getting involved and supporting Juneteenth celebrations creates new bonds of friendship and understanding among us. This indeed brightens our future - and that is the Spirit of Juneteenth. (National Registry of Juneteenth Organizations & Supporters)